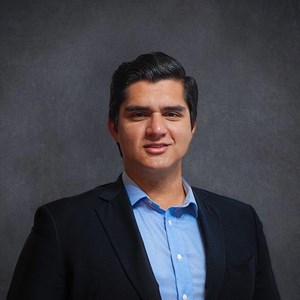 Kevin Cardoza is a co-founder and principal at Crude Intelligence Group, LLC. He brings a wealth of experience and knowledge in government affairs, research and intelligence gathering. Kevin has worked closely with international missions in the Organization of American States, United Nations and U.S. Congress on a wide variety of research projects. He has served as the Director of Government and Military Affairs at the El Paso Chamber of Commerce and has been a long-standing advisor to the Executive Board of the Alliance for Regional Military Support, Akamai Physics, Inc., and Porrima Photonix, Inc. As an advisor, he has led large-scale lobbying efforts and situational awareness projects involving the Department of Homeland Security and the Department of Defense.

Kevin attended New Mexico State University, majoring in Government and Foreign Languages with minors in Political Theory and International Relations. He is married to Amy Cardoza and has a daughter, Camila, and two fur babies, Johnny and Bear. Kevin enjoys hiking, going on road trips with his family, and exploring new cities.

Is Your Company a Member?

If you are an employee of an EPAA member company, we invite you to set up an online account to:

The members of EPAA invite and encourage you to join! By working together, we can achieve our mission to maintain and enhance our industry as a whole.

All membership applications for EPAA must be approved by the Board of Directors.